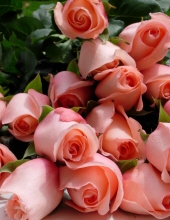 Ann Palazzolo Shake, 58, of Indianapolis, Indiana, entered into eternal rest on July 20, 2020, after a long battle with a terminal illness. She was surrounded by her family at her time of passing.

Born on April 22, 1962 in Hampton, South Carolina, Ann graduated from Wade Hampton High School in 1980, earned her Bachelor of Science degree from Indiana University in 1984, and started her career in Sales in Indianapolis, IN. She met her husband, Keith in Indianapolis and they married in 1986. After having her two children, Ann chose a new career, to stay home and raise her children.

Ann was predeceased by her husband, Brian Keith Shake and her father, Salvatore Ernest Palazzolo. She is survived by her son, Parker Douglas Shake of Indianapolis, Indiana and her daughter, Lindsay Catherine Shake of Chicago Illinois; her mother, Janet Parker Palazzolo of Bluffton, SC; her sisters, Susan Henderson of Ridgeland, SC, Christine Pellegrini of Norton, Massachusettes, and Lisa Hill of Banner Elk, NC; her brothers Joseph Palazzolo of Orange Park, Florida and James Palazzolo of Orange Park, Florida; and numerous very special nieces and nephews.

A memorial service will be scheduled at a later date.
To order memorial trees or send flowers to the family in memory of Ann Palazzolo Shake, please visit our flower store.