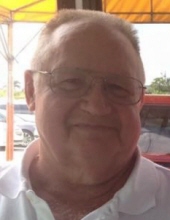 Cecil Y. Browning, 72 of Hanahan, SC, died Tuesday, November 3, 2020 at his residence. A Celebration of Cecil’s Life will be on Saturday, November 14, 2020 from 5-8pm at the family residence. All friends and family are welcomed to attend. "Mask are required" and temperature taken prior to coming into home

Cecil was born in Kansas City, Missouri and moved to South Carolina in the 1970's. He was a successful and respected Restauranteur in Columbia and Mt. Pleasant, South Carolina and also taught cooking classes for Sears He was a Classically trained French Chef and his impressive resume included being an Executive Sous Chef at the Fountainebleau in Miami, Florida; Executive Sous Chef at the Tivoli in Columbia, SC prior to purchasing the restaurant; Executive Chef at Wild Dunes on the Isle of Palms; Executive Chef and taught cooking classes at Snee Farm Country Club in Mt. Pleasant, SC; the owner and Chef of Cooper's Fine Cuisine in Mt. Pleasant and his final restaurant on Coleman Boulevard in Mt. Pleasant called Cecil's Continental East.

After the restaurant business, he starting house painting and was very successful and painted exclusively on Seabrook Island, South Carolina until he became ill.

"Cecil fought for over two years, every day to have a better day. As soon as there was sunshine there was rain. I have never known anyone to fight so hard for a good day. He loved life, family and friends, and to him it was worth that fight just to have another day to cook for someone. He was a loving and giving husband. He gave everything for my happiness. I am so honored to be your wife and partner. I am in awe of us and you are loved and my peace comes from knowing you knew that. You have many friends that loved you and your stories. Even though they have heard them more than once. Your friends and family will all remember you when the aroma of food and cooking was done in their kitchens - For all the people that love and appreciate you there is not a kitchen big enough and a "story to be told long enough to make short" Your favorite saying that was further from the truth. Cecil left this earth with dignity, grace, at home and on his terms. I want to thank his hospice nurse, Lisa from Hospice of Homestead, his physician Dr. Rex Morgan and Tara Hughes from East Cooper Coastal Family Physicians and their support during Cecil's final months of his life"….Roberta

He is survived by his wife, Roberta Browning; a son, Tim Joslin; a daughter, Rebecca Robertson; a brother, Paul Browning; and a sister, Paula Browning. He is also survived by numerous grandchildren and "Jake From State Farm" aka Termite the dog and Cocoa the cat
To order memorial trees or send flowers to the family in memory of Cecil Y. Browning, please visit our flower store.