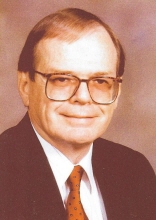 DACE W. JONES JR, FACHE Eighty three years ago, Dace was born in Leaksvillle, NC which has since become Eden. His family moved to Anderson,SC and he lived there until he graduated from Boys High School and subsequently graduated from Washington and Lee University and married Emily Cathcart He was in ROTC at W&L and served two years in the Army to complete his active duty obligation. They lived in Seattle for most of his tour of duty and then moved to Charlotte where he started a two year administrative residency program at Charlotte Memorial Hospital which is a teaching hospital. After completing this program, he was employed as assistant administrator of a small physician owned hospital in Wilson, NC. A new hospital was built, and he served as assistant hospital administrator. Three years later they moved to Lancaster SC where He was Chief Executive Officer Springs Memorial Hospital for the next twenty nine years. During this time he earned his Fellowship in the American College of Hospital Executives. Upon retirement they moved to Mt Pleasant SC. In his civic life, he was an active Rotarian, served on the local Red Cross board and the regional board, served as Chairman of the South Carolina Hospital Association and several of it's committees, served on the board of the South Eastern Hospital Conference. He loved his family and is survived by his wife Emily of 62 years, daughter Carlan Gombert of Savannah, Ga and son David of Mount Pleasant, four grandchildren and two great grandchildren. He died peacefully at home on Monday morning October 2nd.Funeral services are Friday, October 14 at Franke Retirement Center Chapel at at 2:00 PM . The family asks that in lieu of flowers, please make memorial donations to the SPCA.
To order memorial trees or send flowers to the family in memory of Dace Willett Jones Sr., please visit our flower store.