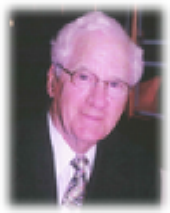 Francis Hugh Thomas, 85, passed away peacefully on October 25, 2012 at his home at Bishop Gadsden Retirement Community after a long illness with leukemia. Born September 26, 1927 in Pottsville, PA, he was the son of William John and Rosa Annie (nee Jackett) Thomas, who immigrated from Llanelli, South Wales. He was a graduate of Northeast High in Philadelphia, PA and entered the US Navy pre-flight training program. He graduated from Drexel University and then distinguished himself as an adventurer at age 22 by traveling to British Guiana to thrash through the jungles in search of diamonds and gold. This vivid experience inspired him to enter Johns Hopkins School of International Studies (SAIS) following which he began his career in the US Foreign Service in BogotÃ¡, Colombia 1956-58, continuing on to service in Tehran and Isfahan, Iran 1961-66, and Madras and New Delhi, India 1966-71 before returning to the US where he was principal officer at the Pakistan desk in Washington, DC. In 1980 he retired from the US Department of State and joined A.T. Kearny Management Consultants serving primarily in the Middle East and Africa until 1991. Mr. Thomas carefully helped to guide his childrenâ€™s early careers as professional musicians and was extremely proud of their numerous accomplishments. He was an active member of Grace Episcopal Church, Charleston and St. Barnabas Episcopal Church, Falmouth, MA as well as a member of St. Davidâ€™s Society of Philadelphia, PA, St. Davidâ€™s Society of Charleston and Sertoma Charleston. He is survived by his wife, Ann Woodcock Hurd Thomas and daughter, Amy Amelia Thomas and husband William Blythe Barunas of Washington, DC, son, David Hugh Thomas of Columbus, OH and the mother of his children, Alberta Helen Thomas. In addition, he has three stepsons, Robert, John and Alexander Hurd and nine step grandchildren. He was predeceased by a brother, John Warren Thomas of Pomona, CA in 1967. A Memorial Service will be held at Grace Episcopal Church at 11:00 am on Monday, November 5, 2012. In lieu of flowers, memorials may be made to Grace Episcopal Church, 98 Wentworth Street, Charleston, SC 29401 or the Bishop Gadsden Residence Assistance Fund, One Bishop Gadsden Way, Charleston, SC 29412. Arrangements by PALMETTO CREMATION SOCIETY, 11 Cunnington Ave., Charleston, SC 29405, (843) 722-2555. Online condolences may be left at www.palmettocremationsociety.com
To order memorial trees or send flowers to the family in memory of Francis Hugh Thomas, please visit our flower store.