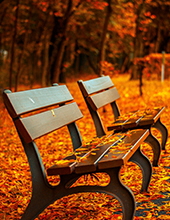 Frank Meade
Charleston - Frank Opie Meade, of Charleston, South Carolina, passed away December 28, 2019. He was born in Danville, Virginia, on November 24, 1929, the son of the late Edwin Baylies Meade and Madeline Read Meade. He was educated in the public schools of Danville and received his secondary education at the Episcopal High School in Alexandria, Virginia. He attended the University of Virginia, where he was a member of St. Anthony Hall (Delta Psi) social fraternity, and he was a member of the varsity tennis team. As his ancestors before him, he attended the University of Virginia Law School, graduating 8th in his class, and was elected into the Order of the Coif.
Mr. Meade was commissioned a First Lieutenant in the U.S. Army's Judge Advocate General Corps and graduated from the Army's JAG School, which was located on the grounds of the University of Virginia. He was then assigned to the legal staff at Headquarters, USAREUR in Heidelberg, occupied Germany. Upon completion of his assignment overseas, he returned to Danville in 1958 to practice law with his father in the firm of Meade, Tate, and Meade, specializing in litigation. When the Virginia firm of Woods, Rogers and Hazelgrove established its Danville office in 1990, he became its senior resident partner. His retirement in 1996 brought an end to the family's four generation tradition of the practice of law in Danville. However, both his daughter, and youngest son are lawyers.
During his professional career, Mr. Meade was a member of the Danville Bar Association (President 1974-1975); Virginia State Bar (Council, 1971-1977); Virginia Bar Association (President, Young Lawyers Section, 1962-1963, and Executive Committee, 1974-1977); Virginia Association of Defense Attorneys (President, 1971-1972); Virginia Trial Lawyers Association, and the National Association of Railroad Trial Counsel. He was elected a Fellow of the American College of Trial Lawyers in 1976.
In Danville, Mr. Meade was a member of the Episcopal Church of the Epiphany, where he served on the Vestry. He was a member of the Danville Rotary Club (President, 1968-1969), Danville Golf Club, a founding member and President of the Stratford Tennis Club, and served on the boards of the Danville YMCA, and the Wayles R. Harrison Memorial Fund. He was a member of the Sons of the American Revolution.
Following his retirement, Mr. Meade and his wife, the former Jo Anne ("Joby") Tolly, lived on Hilton Head Island, South Carolina, where they were active members in the the Providence Presbyterian Church. While residing in Hilton Head, he was very active in Tennis, winning many tournaments in his age bracket throughout the state and the southeast. A member of the Professional Tennis Registry, he was a part-time tennis professional for eight years at the Palmetto Dunes Racquet Club, primarily teaching children.
Mr. Meade and his wife moved to Charleston, S.C., in 2010 to live at Bishop Gadsden, a Continuing Care Retirement Community, where they have been active in its affairs. Mr. Meade, also an avid golfer, continued in competitive tennis in the state, and the southern region. On the local scene, he won the Alan Fleming Senior Open Clay Court Tournament (Seabrook Island), in his age group, a total of eleven times, and the Southern Senior Clay Court Closed (Kiawah/Birmingham) eight times. He also played in a dozen or so national tournaments but his ambition to win a "gold ball" (for a national championship) was never realized, although he was a finalist in doubles twice.
In addition to his wife, Mr. Meade is survived by his three children of a prior marriage, Frank Meade, Jr. (Marlene) of Midlothian, Virginia, their children, Madeline and Abigail; by Allison Goodman-Meade (Ashley) of Boone, North Carolina, and her daughter, Ella; and by Edmund Meade, of Richmond, Virginia. He is also survived by his brother, Edwin B. Meade, Jr. (Lucy) also of Richmond, as well as by several nieces and nephews. His sister, Elizabeth Hastings, predeceased him.
A memorial service will be held on Saturday, January 4, 2020, at 10:30 in the Chapel at Bishop Gadsden with Reverend Tom Wilson officiating. In lieu of flowers contributions may be made to Bishop Gadsden's Employees Appreciation Fund, One Bishop Gadsden Way, Charleston, South Carolina, 29412.
Arrangements have been entrusted to Palmetto Cremation Society, 5638 N. Rhett Ave. N. Charleston, SC 29406. www.palmettocs.com
Visit our guestbook at
www.legacy.com/obituaries/
charleston
To order memorial trees or send flowers to the family in memory of Frank Opie Meade, please visit our flower store.