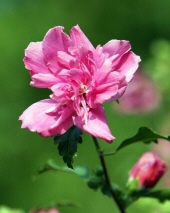 Marjorie Henderson Whitener died November 21 at Hospice Center of Charleston, S.C. after a lengthy illness. Born April 2, 1928 in Lowell, N.C., she was the daughter of the late Claude D. and Eunice Harmon Henderson. She graduated from Lowell High School and Lenior Rhyne College in Hickory N.C., where she met and married Hickory native Bill L. Whitener in 1948. She taught third grade at Viewmont School and childrenâ€™s Sunday School at First Baptist Church, where she and Mr. Whitener were long standing members. She was also First Baptistâ€™s first kindergarten teacher. In 1972 Mr. Whitenerâ€™s work took them to Richmond, VA for seventeen years. Retirement brought them back to Hickory, where they lived until 2005, when the love of South Carolinaâ€™s low country led them to Charleston. In addition to her parents, she was preceded in death by her husband and her sister, Virginia Henderson Harris. She is survived by three daughters and sons-in-law, Andrea and Lee Teeter of Hickory, Camille and John Hilton of Charleston, and Melissa and Todd Swortzel of Lake Forest, Illinois. Also surviving are six grandchildren, Andrea Banks (Michael), James Teeter Jr. (Megan), Brad Swortzel, Emily Meeks (Bryan), Anna Grey Hilton, and Collier Hilton. Finally Mrs. Whitener is survived by three great grandchildren, William Banks, Kathleen Banks, and Tucker Banks and numerous nephews and nieces. A memorial service will be held at Bishop Gadsden Chapel in Charleston on Saturday, November 24 at 2:00 p.m. A burial service will be held at a later date at Oakwood Cemetery in Hickory. Memorials may be made to the Hickory Museum of Art at Post Office Box 2572 Hickory, NC 28601 or the Chaplainâ€™s Discretionary Fund of Bishop Gadsden at 1 Bishop Gadsden Way, Charleston SC 29412. Palmetto Cremation Society of Charleston and Bass Smith Funeral Home in Hickory are serving the family.
To order memorial trees or send flowers to the family in memory of Marjorie H. Whitener (Henderson), please visit our flower store.