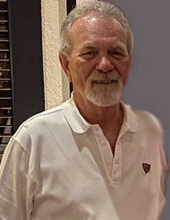 He attended Calvert Hall College High School in Baltimore, MD, and graduated from the University of Maryland in 1972 with a B.S. degree from its College of Business and Public Administration. He worked as a credit analyst for Maryland National Bank and then for many years as a sales representative for Reed Information Services and R. L. Polk & Company. More recently, he was a golf caddy at the Cassique and River Golf Courses on Kiawah Island.

During his career as a sales representative, Mr. Ollerhead traveled extensively throughout Asia, Africa, and Australia, amassing a collection of objects and artwork from various countries. He was an avid golfer.

Funeral services are being handled by the Palmetto Cremation Society and will be private.
To order memorial trees or send flowers to the family in memory of Robert Stephen Ollherhead, please visit our flower store.