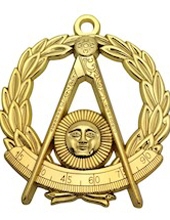 Tommie Smith Epting of Charleston, the husband of the late Jannette Ilderton Epting for 64 years, entered into eternal rest on April 25, 2020.

Born March 26, 1932 in Newberry, SC, Tommie was the son of James F. Epting, Jr. and Louise Epting. Tommie was Past Master of James Island Lodge 396, Past District Deputy Grand Master of the Second District Grand Lodge, Past Director of Work and 33° Mason with the Scottish Rite, Past High Priest – Carolina Chapter No. 1 of the Royal Arch Masons, and Past Commander of the York Rite South Carolina. Tommie served as a volunteer firefighter and was involved in organizing the James Island Fire Department in 1961. He was named Battalion Chief of the volunteer firefighters at the James Island Fire Department. In 1987, he became the President of the S. C. Firefighter's Association where he implemented disability and death benefits for all S. C. firefighters.

Graveside services will be announced at a later date.