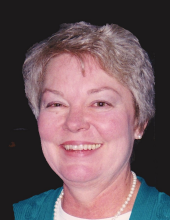 Alicia Gail Stout, 77, of Mount Pleasant, entered into eternal rest on May 27, 2021. Born on December 30, 1943 in Charleston, Gail was the daughter of the late Bernecia Britton Stout and the late Russell Hutcherson Stout.

Growing up in Charleston, Gail graduated from St. Andrews High School. After high school Gail earned a chemistry degree from Columbia College in 1965. She then pursued some graduate work at the University of North Carolina at Chapel Hill. Later in her career she earned a Masters in Library Science from the University of South Carolina.
She started work at the Medical University of South Carolina in Charleston, but spent the rest of her career in the chemical division at Westvaco, currently named Ingevity. She was first a research analyst and transitioned to become the head research librarian. Her background in chemistry and science made her a unique resource for the company. When the library moved to Chillicothe, Ohio, she lived there for 3 years until retirement in 2006.


Gail was persistent in her pursuit of excellence in work and hobbies. On the Westvaco bowling teams, she is remembered as an excellent bowler. Family and Friends who enjoyed her beautifully decorated wedding, anniversary and birthday cakes, were always amazed at her talent. She was a member of the Garden Club of Charleston and made wonderful flower arrangements for her church, friends and special events. She enjoyed traveling and discovering different cultures.

As a cat lover, Gail rescued many cats. Buster, Missy and Coco were her beloved companions for many years. She donated to many charities.

As a lifelong member of First (Scots) Presbyterian Church, Gail was a Deacon, member of the Presbyterian Women’s Circle, Sunday School classes, and contributed to many of the ministries of the church. She was part of the Flower Guild and always created beautiful arrangements for services and special days.

A memorial service will be held at First (Scots) Presbyterian Church on Thursday June 3rd at 2pm.

In lieu of flowers, memorial contributions in Gail`s memory may be made to the Charleston Animal Society, https://charlestonanimalsociety.org/honor-memorial
To order memorial trees or send flowers to the family in memory of Alicia Gail Stout, please visit our flower store.