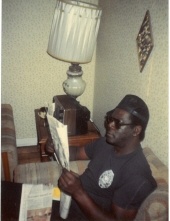 Alonzo Washington, age 67, of North Charleston, the son of Leroy Washington and Georgiana Washington passed away on Tuesday, December 11th 2018.

He was retired from the North Charleston Fire Department.