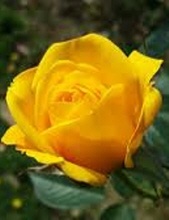 Barbara Jeanne Barrineau Coulter, wife of Robert G. Coulter, passed gently, embraced by her loved ones and entered into eternal rest on Wednesday, June 17, 2020. Barbara was born on January 14, 1934 in Yazoo City, Mississippi, a daughter of the late, Laurie Wilburn Barrineau and Jesse Virginia Greer Barrineau, she moved to North Charleston at an early age, graduated Valedictorian from North Charleston High School and owned and operated Barry's Restaurant in the Park Circle community until the early 1980's. She was a member of St. Joseph’s Catholic Church and was known as " The Cake Lady " .

She is survived by her daughter, Laurie C. Kroesser (John), her son, Barry Nolan Coulter (Jan), her sister, Jennifer B. Causey (Ed), 8 Grandchildren, 12 Great Grandchildren and several nieces and nephews. She was preceded in death by her beloved husband of 61 years, Bob; her daughter, Kathleen " Kathi " Mangum (Barry) and her brother, Larry Greer Barrineau.