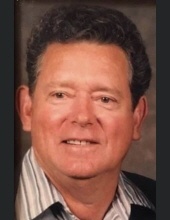 Black Jack Browning, 80, formerly of Cottageville, SC was called home to rest on Friday, May 1, 2020 at Heartland Nursing Home in Hanahan, SC.

Jack was born in August 1939 in Bamberg, SC, the son of the late Willis Marion Browning, Sr., and the late Gertrude Elizabeth Ray Browning. He joined the USMC Reserves at 16 years old. He owned and operated a business in Folly Beach called “Jack’s Hot Dogs.” He also had a watch repair shop.

Jack loved gardening, fishing, animals, cars and Western movies. He was a dedicated, loyal, and loving person. His favorite song was “Wake Up Little Susie.” Jack was in a horrible automobile wreck as a teenager and spent over one year in hospitals. He beat the odds and lived. A favorite Bible verse was John 3:16 “For God so loved the world that he gave his only begotten son, that whoever believes in him shall not perish but have everlasting life.” As he fought to walk and talk again his favorite saying was “Get behind me Satan.”

In lieu of flowers, memorials may be made to Heartland Hospice Memorial Fund: 1470 Tobias Gadson Blvd., Ste 203; Charleston, SC 29407.

A private memorial service will be held at a later date in Barnwell, SC

A memorial message may be sent to the family by visiting our website at www.palmettocs.com