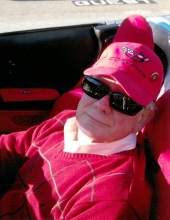 David "Dave" C. Shiel, Age 76, died on May 26, 2017 at his Summerville, SC residence. He was born September 17, 1940 in Erie, Pennsylvania, the son of the late Charles and Eleanor Shiel. Dave attended Gannon University on a full Merit Scholarship and graduated in 1964 as recipient of the Monsignor Dugan Award for Excellence in Social Sciences. He was commissioned a US Army Second Lieutenant upon graduation. He then went on to attend the University of Pittsburgh on a full National Institute of Mental Health Scholarship where he was an honor Graduate with a Master's Degree in Clinical Social Work. He served as as Viet Nam era active duty 1st Lt. Army Medical Social Work Officer at Ft. Gordon, Georgia and was honorably discharged from the Inactive Army Reserves in 1968.

David went on to hold many high level executive positions in the field of mental health and family services. In 1968 he became the first full-time CEO of Stairways Inc. in Erie, Pennsylvania. The agency won state, national and international recognition under his leadership for its pioneering initiatives in returning recovering mental patients from state hospitals to the community. He was a founding member of the International Association of Psychiatric Aftercare Agencies in 1971. Subsequently he served as CEO of Family Service America member agencies in Erie, Pa., Greenville, SC., and Tampa, Fl. He earned a reputation as an agency rebuilder and developer of new services for these and other organizations. He retired in 2007 from the South Carolina Department of Mental Health after 17 years of holding progressively responsible administrative posts. His last positions were Assistant and Interim Executive Director of the Charleston/Dorchester Community Mental Health center known as largest and, also, the most progressive in the state for its range of effective and innovative services.

He was a Corvette enthusiast, having owned eight, and was a member of various Corvette and other automobile clubs as well as the VFW. He enjoyed boating off Erie's Presque Isle until he relocated to SC in 1986.

David was predeceased by his brothers Donnie and Dick. Survivors include his cherished wife, Vicki, and his beloved daughter, Jennifer Brehl and husband Matt, his brother Gary Shiel and wife Annie, niece Myla Bowes and grandnephew and niece, Aiden and Macy Bowes. Also surviving are married stepchildren; Haley Brown of Summerville and Nick Frary of Oklahoma City, Ok.

Funeral arrangements will be at the convenience of the family. Interment will be at the family plat in Wintergreen Gorge Cemetery in Belle Valley, PA.
To order memorial trees or send flowers to the family in memory of David Shiel, please visit our flower store.