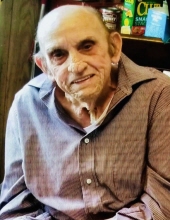 Devon W. Driggers, 82, of Summerville, SC died peacefully, August 4, 2020 at home surrounded by his loving family. Born June 16, 1938 in Summerville, SC, he was the son of the late Horace & Sarah Driggers. He was preceded in death by his beloved wife, Louann B. Driggers; his son, Larry Driggers; and his brothers Othell Driggers and Arthur Driggers.

He was known to everyone as “Papa” and will be greatly missed by all who loved him.

A very special thank you goes to Dr. Gerard Silvestri for all of his support and care over the past twenty years.

There will be a celebration of his life held at a later date. In lieu of flowers, the family would like donations made to the MUSC Foundation, Honorary Tribute to Dr, Gerard Silvestri, 18 Bee St. MSC 450, Charleston, SC 29425. Please make checks payable to: MUSC Foundation.
To order memorial trees or send flowers to the family in memory of Devon W Driggers, please visit our flower store.