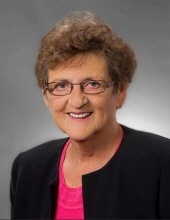 Diane Harley, 77, of Charleston, SC passed peacefully into the arms of her Lord on the evening of December 9, 2020 after a long, courageous battle with cancer. She was surrounded by loved ones at the time of her passing.

Diane was born on August 10, 1943 in St. Albans, Vermont to Lawrence and Stella (Goodhue) Broe.

In 1989 Diane moved from her longtime Connecticut home to Charleston, South Carolina where she remained until her death. She worked in the HR department of Musicorp, (formerly of Charleston) for many years. Diane was also very active in several, American Legion Ladies Auxiliary Posts, the last one being Post #147 in Charleston and held several positions over the years.

Besides her parents Diane was preceded in death by her husband Joseph Harley and her youngest son, David Dewar.

She is survived by a son, James Steele of Connecticut; three daughters and their spouses Catherine (Ken DeCook) Zack of Arizona, Nicole (Ron) Corry of South Carolina, and Michele (Steef) DeJong of South Carolina. She is also survived by a sister, Sandra Smart of Connecticut , 12 grandchildren and 3 great grandchildren along with several nieces and nephews.
To order memorial trees or send flowers to the family in memory of Diane Harley, please visit our flower store.