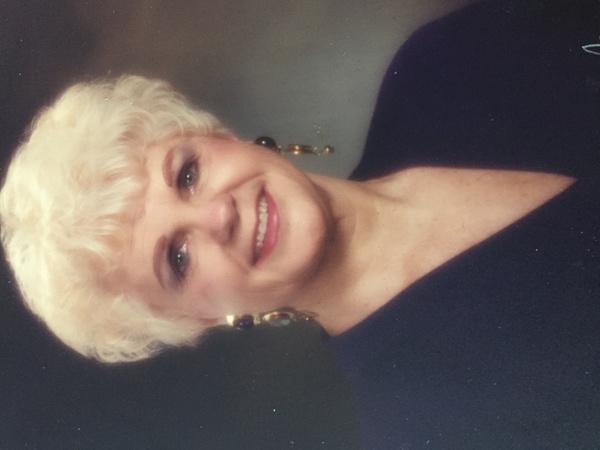 Born June 26, 1935 in Grand Rapids, Minnesota, Dorothy June Steinberg was known as “Aiti’s golden-haired baby girl” (affectionately given by her maternal grandmother).  Dorothy June, also known as Dot, Dotty, DJ, or Grandma Nana, was born to George Steinberg, a brilliant electrician, and Martha (Hill), a housewife.  Her parents and beloved stepfather, Earl Benson, preceded her in death.  Dorothy and her mother, both of full Finnish descent, would often speak secretly to each other in Finn, erupting in giggles when a translated word was forgotten.  She always loved her Finnish custom of saunas and/or hot tubs.

Dorothy was also proud of her heritage in Minnesota.  She remembered her childhood fondly and was devoted to returning each year for class reunions and Miner’s Day.  Her journeys took her all over the country, as she resided in California (San Jose, Campbell, Manhattan Beach, etc), Washington (Kennewick), Kansas, Louisiana (Belle Chasse), Illinois (Lockport), South Carolina (Aiken), Virginia (Richmond), Arkansas (Russelleville), Florida (Sun City Center), and back to SC (Daniel Island/Charleston).

After high school, Dorothy continued many college classes for the next 14 years, from business administration, management, and law, to real estate, travel agent, data processing, and computer courses.  Most of her career positions were in administration (Lockheed, TKW, Westinghouse, Hanford, and Chevron Chemical), in addition to becoming a realtor, inventory specialist, and retail sales/owner in boutiques. She received many awards in business; she would often be the only lady pictured in a dress in a field that was full of men.

Her hobbies included designing, water skiing, riding motorcycles, crochet, sewing, water aerobics, journaling, antiquing, skiing with her ski club, and dancing.  Dorothy not only knew how to decorate houses well, but she was keen on dressing in beautiful clothing - always accessorized with matching jewelry, purses, and shoes.  You would find Dorothy dressed up in cocktail dresses, stilettos, and fur jackets for a night out, or ready to dance down the street in a fancy dress, beads, feather headpieces, and umbrellas in Mardi Gras, or sporting a pretty sundress and big hat to the horse races.

Dorothy married her high school sweetheart, Don Hawkinson, in Grand Rapids, MN.  She had one son, Robin Hawkinson, and many beloved pets, like cats Cricket, Tigger, Pumpkin, and her Yorkie Ms. V.  Her great love, William (Bill) Russell, and she shared many happy years together as well as sharing the same birthday and parents’ names.  They enjoyed SC’s golf and beaches, traveling to his new position assignments, wining and dining, as well as traveling several times a year to their favorite place that they were married in - Hilton Head Island, SC.  She was preceded in death by Bill.

One day shy of her 87th birthday, Dorothy June passed on June 25, 2022.  Survivors include her son Robin Hawkinson (Sue) of Florence, MT, granddaughter Heather Hawkinson and great grandson Milan of Daniel Island, SC, grandson Cody Hawkinson (Nicole and children: Jackson, Madison, Layney, McKinley, and Kennedy) of Mountain Home, ID, and grandson Levi Hawkinson (Charlene and child, Lawless) of Los Angeles, CA.  Dorothy has numerous aunts, uncles, and cousins, and once said about her cousins, “Cousins were all within my age range so they were like my sisters and brothers.”  In lieu of a funeral, Dorothy will be laid to rest with Bill and Tigger in Hilton Head Island, SC.

To order memorial trees or send flowers to the family in memory of Dorothy June Russell, please visit our flower store.