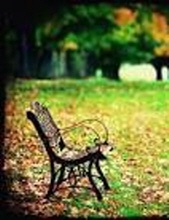 Douglas Bruce Lodge of Orangeburg, SC passed away peacefully on January 7,2020 at the age of 64. He is survived only by his brother Steven E Lodge of Pacifica and Steven's daughter Caroline Lodge.

Douglas Lodge was the eldest son of James A Lodge and Mary Lodge. Both parents were already deceased.

In addition, Doug had two young siblings who died as children in the early 1960s. David Michael Lodge died in 1961 at age 8 months. Deborah Ann Lodge passed in 1963 at age 12. Doug was especially fond of his older sister Debbie and mourned her loss deeply the remainder of his life.

After his grandfather died in 1965, Douglas lived a quiet life and kept largely to himself. He was a gentle person. In many ways, Doug was most happy just spending hours petting his cats. They reminded him of his happy memories of Debbie.

The previously deceased siblings are located in a family cemetery plot in Van Wert, Ohio. Steven and his daughter Caroline hope to bring Douglas and both parents back to rest together with them in the family plot.
To order memorial trees or send flowers to the family in memory of Douglas Bruce Lodge, please visit our flower store.