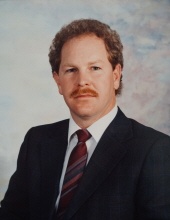 Edward (Eddie) Salvatore Catapano celebrated 67 years of youth until he passed peacefully at home surrounded by family on Sunday, October 3rd, 2021, after an 18 month battle with pancreatic cancer.

Born on April 7th, 1954 in Norfolk, Virginia to Janet Heffinger and Roger Breen, Eddie was the oldest of two children. As a curious, blue-eyed, blonde-haired wild child, it was obvious from an early age that Eddie enjoyed a good challenge, and would often be one. Eddie's fondness for authority (his own - not others) promptly landed him at the Frederick Military Academy in Portsmouth, Virginia for his high school years where he flourished as an exemplary cadet and stellar athlete.

Eddie knew there was more to life than studying for med finals and after a brief stint at Old Dominion University in Norfolk, Virginia, embraced a free-spirited lifestyle. With a second-hand guitar and surfboard in hand, Eddie traveled around the world in search of the ultimate adventure, the perfect wave, and the eternal summer. This provided for many interesting stories and experiences, and a few "run-ins" with the law as well. A common line in obituaries is “He never met a stranger”, in Eddie’s case he never met a rule he couldn’t break, a boundary he couldn’t push, a line he couldn’t cross, or a story he couldn’t stretch.

After years of adventure, contacts made through his previous employer took him to beautiful, historic Charleston, South Carolina where he met his former wife, Dolores, and raised their only child, Nicole. It was obvious from the minute his daughter was born that she was the light of his life and being her father was his greatest joy.

Years later after Eddie was diagnosed with Parkinson's Disease, he met his soulmate, Tina, who would faithfully stand beside him through thick and thin. From that moment forward, the two were inseparable laughing, dancing, and singing karaoke together for the past 15 years.

Eddie will be having a reunion with his mother Janet Catapano, his father Roger Breen, his stepfather Sam Catapano, his sister Margie Catapano, many aunts and uncles, a handful of cousins, and several very dear friends that have passed on before him. Eddie, the most devoted and loving husband, father, and grandfather is survived by his wife Tina, his daughter Nicole Catapano, his stepsons Christopher and Michael Redding, his granddaughter Hazel, his faithful dogs Max and Bentley, and his parrot Tilly.

Though Eddie may have been a kind-hearted person and fiercely loyal friend, his most memorable accomplishment in his short 67 years is the love and laughter he imparted to those closest to him.


In lieu of flowers, memorial donations may be made in Eddie's honor to the Parkinson's Foundation, https://www.parkinson.org.
To order memorial trees or send flowers to the family in memory of Edward Salvatore Catapano, please visit our flower store.