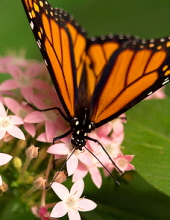 Elisabeth was born on February 11, 1923, to John La Motte Shaw, Sr., and Mary Ruthella Witter Shaw of Frederick, MD.
She graduated with a Bachelor’s Degree from Hood College in Frederick and briefly worked in Washington DC for the Washington Post and the Congressional Record. During World War II, she joined the Cadet Nurse Corps and received a diploma in nursing from Union Memorial Hospital in Baltimore. In 1948, she wed George A. Herms, Jr., of Portsmouth, Ohio, to whom she was married for 62 years until his death in 2011. Elisabeth earned a Master’s Degree from Ohio University, was an administrator and teacher for the Associate Degree Nursing Program at Ohio University Portsmouth (later Shawnee State University), and was a patient ombudsman at Mercy Hospital in Portsmouth. She and her husband retired to Isle of Palms in 1986.

Funeral services will be private. Memorial contributions may be made to the Lutheran Homes of South Carolina Foundation at www.lutheranhomesscfoundation.org.
To order memorial trees or send flowers to the family in memory of Elisabeth Virginia Shaw Herms, please visit our flower store.