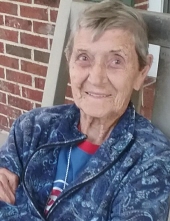 Eloise was born in Chicago, Illinois daughter of Emma Martin, and was adopted at age 4 months and raised by Manford Pearson and Lula (Trosper). She married Ernest Hillary in Sidell, Illinois on September 6, 1947. He died September 3, 1992.

Eloise graduated from Allerton High School in 1945. She worked 14 years as receptionist in a doctor's office in Homer, Illinois. She was most proud of serving for 5 years as an EMT with Community Ambulance Service in Sidell. She also served terms as a town board trustee, Board of Director for the Sidell Historical Society and was President of the Sidell Sr. Citizens. She was a exceptional quilter and crocheted many items which she shared with friends and neighbors. Eloise spent a great deal of time helping out with her great-great nephews, Jordan and Jared Eakle, and the boys became exceptionally close to their “Weezie”.

Eloise is survived by her one son Kenneth Hillary now of Hilton Head, SC., a daughter in law Vicki Cameron Hillary, and a step grandchild, Christopher Houlette of Phoenix, Arizona.

Eloise’s specific wishes were to be cremated and laid to rest beside her beloved husband Ernie in Sidell, with only grave side services. This will happen mid to late summer.

In lieu of flowers consider donations to organizations working with Alzheimer's and Dementia Research.

Online condolences may be viewed or shared at www.palmettocs.com
To order memorial trees or send flowers to the family in memory of Eloise Laurine Hillary, please visit our flower store.