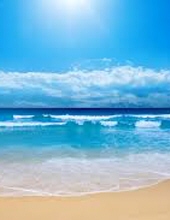 Gary Leslie Ulmer passed away sometime around the week of October 21. He would have been 60 years old on his birthday, October 24, 2018. He was greatly loved by friends and family. He was born in this world into the hands of Inez and Gary Ulmer, but as we all must, he left this world alone and into the arms of eternity. May we meet again in heaven. Amen.

Leslie is survived by his brothers Dave and Neil Ulmer, and his nieces Courtney Ulmer Treible, Hannah Ulmer, and Kristen Ulmer. Leslie’s father, B. Gary Ulmer and, mother, Inez F. Ulmer preceded him in death. He was born on October 24, 1958. He was a member of Brunson United Methodist Church and lived in Brunson, S.C. for most of his life. At his death, he lived in Hampton, S.C. Though he worked many jobs during his lifetime, at his death, he had been unable to work for several years due to physical disabilities.

Join us for a celebration of his life: