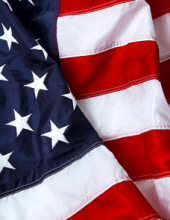 George W. John passed away January 16, 2018. He was born in Petoskey, Michigan on July 16, 1928 to his parents George W. John, Sr and Juanita Burns John.
He attended Petoskey schools and went on to Michigan College of Mining and Technology in Houghton, Michigan, graduating with degrees in Chemical Engineering in 1950.
He was drafted into the Army in 1950 and served 2 years at Fort Leonard Wood, Missouri as an Engineer in Aviation 20th Brigade Battalion and attended school in Camp McCoy, Wisconsin where he conducted classes in Chemical, Biological and Radiological Warfare.
He married his “high school sweetheart” Beverly Mason in 1951 and they had 67 loving years of marriage. He was very proud on their daughter, Kathleen John and grandson Blaine John who live in Charleston, SC and his son, David John who predeceased him.
He worked for Penn-Dixie Cement Co. in Petoskey, Michigan, Pennsylvania and New York State. He joined Westvaco in Charleston, SC in 1968 as Technical Support Engineer in cement products with Polychemicals Dept. until retirement in 1991. He was an active member with the American Society for Testing Material (ASTM) and Cement Microscopy Association for 30 years. He traveled extensively throughout the United States, Mexico, Canada and the Dominican Republic as Technical Service Engineer in the Cement Industry.
He and his son, David, enjoyed rebuilding VW engines together. He was an avid fisherman in the northern states, making his own trout flies and rods. He spent many happy hours ocean fishing and shrimping with Bruce Wright and Westvaco buddies off the coast of SC.
They built a home on Mason Road in Petoskey, Michigan where they spent many summers. He and Bev have resided at Bishop Gadsden Retirement village since 1999, where he participated in many wood working projects.
His wishes are a private family graveside service; arrangements being made by Palmetto Cremation Society. His family and friends have been near and dear to him for his joyous life with us, he will be missed by all.
In lieu of flowers, donations may be made to the Bishop Gadsden Charitable Fund, 1 Gadsden Way, Charleston, SC 29412 or visit http://www.bishopgadsden.org/giving/
To order memorial trees or send flowers to the family in memory of George W John, please visit our flower store.