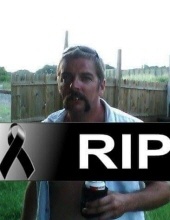 Born on July 26, 1960 in Methuen, Massachusetts, Gordon was a son of the late,William Carr Dillon and Beth Ann (Dietrich) Dillon.

Gordon worked as a Carpenter and Remodeler in the Home Repair Industry. Gordon enjoyed riding his Harley-Davidson Motorcycle and spending time with his family and friends. Gordon was also a member of the Abate Motorcycle Rights Group.

A Celebration of Life is being planned and will be announced once the plans are finalized.

In lieu of flowers, memorial contributions in Gordon`s memory may be sent to a Charity of the Donor's Choice.

Funeral arrangements have been entrusted to the Palmetto Cremation Society, 5638 N. Rhett Ave, North Charleston, SC 29406, (843) 722-2555.
To order memorial trees or send flowers to the family in memory of Gordon A. " Goat " Dillon, please visit our flower store.