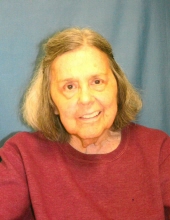 Harriet Irene Tarola, 87, the last surviving child of Henry and Julia Rich, rejoined her family and beloved husband Ralph Tarola who have gone on before on October 26, 2017 in North Charleston, SC.

Harriet lived a vibrant and independent life on her own terms. It has been said she was women's lib before it was a thing. Harriet engaged in a long career with Northwest Airlines in Oregon and California. She also managed travel planning and owned a shop, Candles and Things on El Paseo while loving the desert life with husband Ralph in Palm Desert, CA.

Later she made a home for herself and sister Dorothy in Bonneau, SC. Harriet was able to return to her beloved desert for one more year before finally settling in the care of Lake Moultrie Nursing Home.

No formal service is planned. A family gathering will be announced later. Also the opportunity to celebrate her love of travel when a cross country adventure is undertaken returning her to Ralph's side in Cathedral City, CA.

Please share your love and stories on the Tribute Wall established for Harriet at http://www.palmettocremationsociety.com

In lieu of flowers please consider donations honoring her love of the West (support Southwest Indian Foundation, for example) and her efforts to raise awareness and knowledge about neuropathy.

Arrangements by Palmetto Cremation Society.
To order memorial trees or send flowers to the family in memory of Harriet Tarola, please visit our flower store.