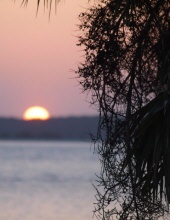 Helen Mina Somers joined the Heavenly Host on Sunday, February 14, 2021, in her apartment at The Presbyterian Village of Summerville, in Summerville, SC, following a bout with COVID-19. She was born on December 21, 1923 to Benjamin and Lillian Van Wye in Bethlehem, PA. She lived a full life during her 97 years.

MARRIAGE
On August 31, 1946, Helen wed The Reverend Byron James Somers, who preceded her in death on December 28, 1979. Their courtship included horseback riding on Byron's family's farm. Helen faithfully served as a Lutheran pastor's wife, in addition to her career and rearing their three children. She was involved in many church and social advocacy groups.

EDUCATION/CAREER
Helen was graduated from Drexel University in Philadelphia, PA, with a Bachelor of Arts degree in Home Economics. Early in her career, she worked as a representative for General Electric. She taught high school English, Health, Home Economics, and Physical Education while coaching girls' volleyball in Columbia City, IN, and Monroeville, IN. She completed her Master of Education degree in Guidance & Counseling at St. Francis College in Fort Wayne, IN. She served as a guidance counselor in Berne, IN, (junior high school); Chesterton, IN, (middle school); Monroeville, IN, (high school).

HOBBIES
Helen was an avid reader who loved playing cards (particularly, Canasta), and board games (especially, Scrabble). She enjoyed hiking in state and national parks with family and friends. She valued travel and was afforded the gift of venturing to five continents (Africa, Asia, Australia, Europe, and North America) for which she developed travelogues that she presented to a variety of groups.

PRECEDENTS AND SURVIVORS
Helen is survived by her daughter, Patricia June Scott (Russell) of Summerville, SC; her sons, Byron Timothy Somers of Kenosha, WI, and David Henry Somers (Lyne) of Montreal, Quebec, Canada. Helen dearly loved her four grandchildren: Benjamin Somers (Kyleigh); Rebecca Somers (Giglio); Sean Scott (Elizabeth); Christopher Scott (Cassie). Close to her heart were her five great-grandchildren: Ben, Caroline, Connor, Lily, and Thomas. She cherished her friendships with colleagues and people she met along her life's path. Helen treasured her friendships with Anne Wheeler with whom she shared reading interests, Ruth Copeland with whom she traveled, and with her forever friend, Winnie Harris.

Helen was preceded in death by her parents, as well as, her two brothers, Rod and Ben Van Wye.

BURIAL
Helen chose to be cremated. Her cremains will be interred in the columbarium at St. Luke's Lutheran Church in Summerville, SC.

THANKS
The family would like to thank the staff at The Presbyterian Village of Summerville and the Intrepid hospice staff for their care of Helen. They would also like to express deep gratitude to Dr. Castellone and his staff for the attentive and devoted medical care given to Helen over the years. A special thanks goes to her sitters (especially, Debbie) who cared for her in her final days.
To order memorial trees or send flowers to the family in memory of Helen Mina Somers, please visit our flower store.