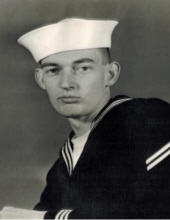 He was the the son of the late Grady B. and Selma LaBoon. He was preceded in death by
a brother, Grady B. LaBoon, Jr. and sisters Nancy Buchanan and Betty Dubose.

He is survived by his wife Cynthia LaBoon, his sister Patsy Thornal and several nieces and
nephews.

As a young man, he lived at Santee State Park, where he worked as a park ranger before attending Clemson University He joined the U.S. Navy during the Vietnam War, serving as an electrical engineer aboard the John W. Thomason. After his discharge from the Navy, he returned to Santee and resumed his duties as a park ranger for several years. He later moved to the Charleston area where he established his own business, Old Dutch Seafood,
and remained in business until his retirement.

At his request, there were no services. In lieu of flowers, donations can be made to the Wounded Warriors Project at www.woundedwarriorproject.org where you will see the options for donating.
To order memorial trees or send flowers to the family in memory of James Benjamin "JB" LaBoon, please visit our flower store.