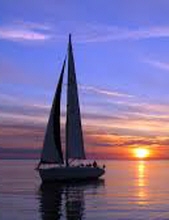 Jim was born on May 21, 1943, in Spartanburg, SC, where he was raised on Spring Street. Jim was a 1961 graduate of Spartanburg High School where he played football and competed as a pole vaulter. He also enjoyed water skiing on Lake Greenwood. Jim graduated from Wofford College in 1965 with a Bachelor of Science in Mathematics. He began a job with DuPont Corporation out of college and enjoyed a 35-year career as a Computer Systems Manager, retiring in 1999.

Jim and Diana, his wife of 58 years, have lived in their home in Wild Dunes on Isle of Palms since 1983, where he greatly enjoyed, sailing, golfing, and playing tennis. He also enjoyed attending numerous events, activities, and games with Diana to support their grandchildren. Jim was a member of Sullivans Island Baptist Church and Seacoast Church.