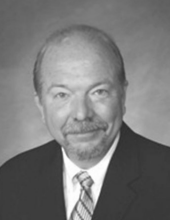 Born in Lincolnton, North Carolina, to Lewis E. Everline and Jean Livengood Bieber, Jim spent most of his life in Reading, Pennsylvania, growing up with three brothers and attending Conrad Weiser High School. After graduating from Penn State University in 1974, he became an English teacher at Muhlenberg High School, eventually moving into the financial services field while attending Temple University, where he received his Master of Business Administration in 1982. He went on to work at Meridian Bank, National Penn Bank, and had the opportunity to build his own business, Meridian Mortgage Services.

After retiring Jim was able to pursue his passion for movies, reading and cooking. Jim was a loving father who enjoyed attending his kids’ soccer games, swim meets, high school plays, and recitals when they were young. He also liked family trips down to the beach where he was able to spend time fishing on his boat. Jim was an avid traveler and would often talk about the architecture of the various European cities he visited.

Jim is survived by his three children Kathryn Marnie Everline, Kristen Elizabeth Hurst and James Douglas Everline, as well as his two granddaughters, Sadie Elizabeth Hurst and Kallie Marie Hurst, and many loving relatives and friends.
To order memorial trees or send flowers to the family in memory of James Harold Everline, please visit our flower store.