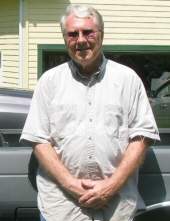 He was born on August 17, 1947, in Brunswick, GA, the son of the late Cecil and Bernice Groover. He is survived by his wife of 53 years, Cathy Flowers Groover; children, Christina Stokes (Mark,) and Joseph Groover, (Angela); grandchildren, Samantha (Christopher Rosinski), Kirsten and Joshua Drake and also Giddeon Groover. He also is survived by his brother, Jerry Groover, and his wife, Audrey; also his nieces Angela McJunkin (Danny) and Tammy Willis (Chet) and their children, and nephews Jerry Groover Jr and Brad Groover .

Larry graduated from North Charleston High School and Trident Technical College. He was an avid reader and he loved his cats, gardening and fishing. He also taught others to read. He was a blessing to all who knew him.

A Celebration of Life service will be held on Friday, March 4 at 11 AM at Knightsville Baptist Church at 1970 Central Ave in Summerville, SC. In lieu of flowers, donations may be made to Knightsville Baptist church, or The Michael J Fox Foundation via Larry's tribute page https://tribute.michaeljfox.org/tribute-page.php?id=2277&np=true
To order memorial trees or send flowers to the family in memory of James "Larry" Groover, please visit our flower store.