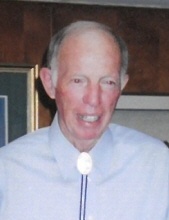 Jimmy grew up on James Island, S.C. He was married to Catherine Gatch Jester for 50 years.

Like his father before him, he loved to fish and hunt. He was a great dancer and could play a piano and sing by ear.

He became a wonderful insurance agent and eventually owned his own business “Island Insurance”.

Later in his life, he met Naomi Mazzell. Naomi took care of Jimmy through his long illness.