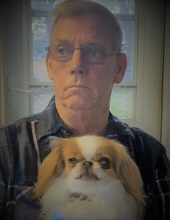 Jesse James Cumbee, Jr., 72, of Hanahan, SC, husband to Jessica Tedder-Cumbee for 21 years, requested and was granted permission to Cross the Bridge and Go Ashore on Sunday, 5 December 2021 at 1748 hrs. He was surrounded by his immediate family.

Born on 4 March 1949, he was the son of the late Jesse James Cumbee, Sr. and Elizabeth Roberts, and was predeceased by his sister, Mary Skipper, Jamestown, SC.

Jesse graduated from Murray High School in Charleston, SC. He joined the Navy on 25 June 1969 and served on the USS Midway during the Vietnam War as an aviation electrician mate. Jesse received the National Defense Service Medal, Vietnam Service Medal and Bronze Star and received an honorable discharge on 4 March 1975. After his discharge, he worked in hotel maintenance as a supervisor in Atlanta and then in Charleston. He worked for many years and retired as Projects Manager for Shiptech America LLC, Charleston, SC.

Jesse was a Member for Life of the American Legion, past Commander of Post 1 in Atlanta. He was a long time member of the VFW, currently VFW 5091, N. Charleston, SC, Sons of the American Legion, Squadron 147, James Island, SC, Fleet Reserve, Past Pres. Branch 50, N. Charleston, SC and transferred to Branch 269, Goose Creek, SC. Jesse was a dedicated member of the La Societe des Quarante Hommes et Huit Chevaux aka 40 & 8, having served as Past Grande Chef de Gare du SC, and Past Chef de Gare of Voiture 974, James Island, SC. He was the current General Secretary of the Southlands Dixie Promenade, and a Nationale Officer. During his time in Atlanta, he was a valued member of Voiture 217 and Voiture 217 Train Crew. Jesse was an active member of American Legion Post 147, James Island, SC. He served 21 years on the Honor Guard and was the current Captain at the time of his death.

In January 2021, he was predeceased by the second love of his life, his loving dog, Bessie Mae Cumbee. They are now reunited and he can take her for all the walks she wants. I know they are both happy.