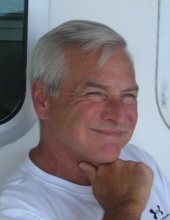 John Joseph Vonesh, 66, of Charleston, SC, beloved husband and father, passed away in the company of his wife and children on April 12, 2022. He was born December 9, 1955, in La Grange Park, Illinois, son of the late James Francis Vonesh and Katherine Krug Vonesh.
John is survived by his devoted wife of over 36 years, Nan Sullivan Vonesh, and his adoring children, Sarah and Nick. He also leaves behind his sister Katherine of Mt Pleasant, SC, and James of Broomfield, CO, his sister Margaret having predeceased him. He also leaves behind his loving extended family.
John graduated with a Bachelor’s Degree in Accounting from Loyola University of Chicago and began his working life at Control Data Corporation. He spent the principal part of his long business career with Perot Systems, joining its corporate finance team during the chaos of a new startup. The company’s response to John’s death summarizes his many accomplishments: “His work ethic, intelligence and natural leadership were always on display. As the head of the entire Perot Systems corporate financial team, John skillfully negotiated many of the most complex new business endeavors in the company’s history. He was also the consummate team player and friend; everyone wanted John on their team for life.”
John had recently begun the process of retiring after completing his career at Dell Systems, Alsbridge Consulting Firm and ISG.
Among John’s many interests were cooking, golfing, walking his pup Tilly and, most recently. woodworking. Most of all, he loved family time, especially hiking trips to the National Parks and visits to Italy with Nan, Sarah and Nick.
The Vonesh family wishes to extend its sincere thanks to the extraordinary team of doctors, nurses and aides at MUSC. In lieu of flowers, please consider a donation in John’s name to www.Charlestonhabitat.charityproud.org/Donate
A Memorial Service will be held at a later date.
To order memorial trees or send flowers to the family in memory of John Joseph Vonesh, please visit our flower store.