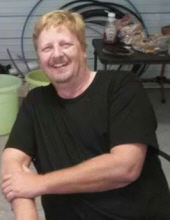 John was a mirror image to his brother James and together they made the team that was referred to as “Jimmy John”. Many memories were made together from first moments of childhood, to the last of adulthood. He will be remembered for his excellent imagination and creativity where his ingenuity came to life. John was a great fabricator and had an elaborate skill set that made him a very handy man and with that he built a life that was truly something to be proud of. John was an accomplished poker player, he was confident in his ability, genuine, caring, and friendly to all who knew him.

John will be missed by many from his family to his friends, coworkers, neighbors, and countless people that he crossed paths with throughout his daily routines. He was a special soul who brought smiles, and compassion to touch those around him. Services will not be held locally but rather will take place in Ohio where the next family reunion will be dedicated to him. Family will gather there to share the love and beautiful memories that he left in everyone’s hearts.
To order memorial trees or send flowers to the family in memory of John Paul Cox, please visit our flower store.