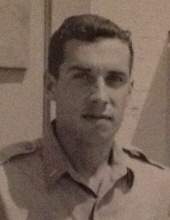 Johnson Cordeaux Blake, 87 of Kiawah Island, South Carolina was delivered from his home at Kiawah unto our Lord January 13, 2018. He was born November 28, 1930 in Richmond, Virginia to the late Alfred Greene Blake and Mildred Irene Codeaux Blake.
Johnson, called Jack, graduated from Scarsdale High School, Scarsdale New York, 1948 and went to Lehigh University in Bethlehem, Pennsylvania where his father was also an alumni. He and his father both were in the Psi Chi Fraternity at Lehigh. He was active in most all sports and the chorus during high school and college. His high school yearbook states he was a ‘word spinner’ and a ‘sports whiz’. A talented musician, he was in the Calvary Church Boys Choir and sang with Fred Waring and the Pennsylvanians in his younger years and played the banjo in his later years.
After his graduation from Lehigh with a degree in Metallurgical Engineering in 1952, he served as 2nd Lt. in the US Air Force during the Korean War. He began his publishing career with McGraw Hill Publishing then with Reed Conners Publishing as VP of Specifying Engineer magazine, retiring in 1985. He served on the US Air Force Project Blue Book Board of directors.
He is survived by his wife, Ivy Elizabeth Flint Blake and his children Melinda ‘Mindy’ Blake West of Tucson, Arizona and Douglas ‘Doug’ Blake of Catonsville, Maryland, his step children, Dan Rothstein of Cary, Illinois, Amy Knox of Johns Island, South Carolina, Matthew Stanger of Arvada, Colorado and Laura Stanger of Savannah, Georgia. He was preceded in death by his sister, Phyllis Ozimek of Rye, New York.
During his life while employed as a publisher he spent his free time coaching football and painting with oil on canvas as well as playing the banjo. After retiring he devoted most of his time to playing golf at Kiawah and International travel. He and his wife, Ivy attend Our Savior Anglican Church on Johns Island, South Carolina.
Memorial Contributions can be made to the Charleston Fisher House, 150 Wentworth St, Charleston, SC 29401.
Arrangements entrusted to Palmetto Cremation Society, 11 Cunnington Ave., Charleston, SC 29405. Expressions of sympathy may be viewed or submitted to www.palmettocremationsociety.com
To order memorial trees or send flowers to the family in memory of Johnson Cordeaux Blake, please visit our flower store.