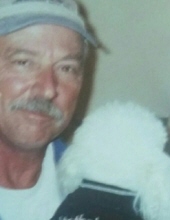 A son of the late Joseph Francis Kozlowski and Mary (Snyder) Kozlowski, he was born in Cohoes, New York on November 27, 1948. At the age of 18, he entered the United States Navy and started his first career, retiring as a CPO in 1986. He then went to work at E. I. DuPont at the Naval Weapons Station, Goose Creek, SC where he retired as the manager of the coal yard.

“Joe Ski” was known as a hard worker and a hard player. During his life he raced dirt cars, loved NASCAR, fishing and his old, Corvette Stingray and was a Ford man all the way.

He was a caring and loving husband, father and grandfather.