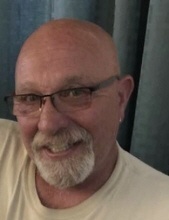 Lawrence J. Bruno passed away January 5, 2021 at the age of 66 surrounded by his family where he resided in Mount Pleasant, South Carolina. Larry was born to Lawrence and Antoinette Bruno on October 23, 1954 in New Rochelle, New York. Larry attended Mount Vernon high school and lived over 40 years of his life in Dobbs Ferry, New York. He spent most of his career hauling cars and enjoying many of the beautiful sights and places in this country. He was a son, brother, husband, and a father who left this world way too soon.

He had a smile that almost took over his entire face, his laugh was deep and intentional, and he always loved to be in the action. He was a rebel, someone who made his own rules, he lived his life that way. Harleys were his world; his entire wardrobe told the unbelievable love story they had together. You would often find him sporting a t-shirt from an event he attended, and he wore it proudly as if the stories and memories were replaying in his mind. In his later years he spent less time riding the road and more time enjoying the simple pleasures of life- the beach, cooking, friends, and family. While some friends shared that he was not a man of great stature (height is truly genetic) he was a strong and passionate man with a very big heart and his presence will be missed. He clung to his memories of friends and family, in fact, his home was littered with sentimental tokens he had collected and kept over the years with those he cherished most.

He is resting peacefully now in God’s arms and as his great-nephews said, “Uncle Larry can now ride his motorcycle in heaven forever”,
To order memorial trees or send flowers to the family in memory of Lawrence Joseph Bruno, Jr., please visit our flower store.