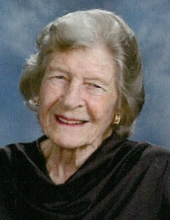 She was an active member of the Isle of Palms City Council for 6 years and served on various committees during her term on Council.

She dedicated over 20 years to enhancing island residents’ quality of life through involvement in the Isle of Palms Garden Club as well as serving on the steering committee for the island’s 50th anniversary. She played an integral role in the development of Memory Park and the Entrance and Exit gardens of the Isle of Palms Connector. She also advanced cultural opportunities on the island in the role of Project Manager for Island Celebrations such as Christmas on the Isle of Palms, the Blues Bash, the annual Arts and Crafts Festival and Santa on the Beach. She was Secretary of the Isle of Palms Commerce Association and served on the task forces of the Charleston Harbor Project and the Beach Advisory Committee. She was the original organizer of the Isle of Palms Beach Sweep and was a principal organizer of the Adopt A Dune program. She maintained a sensitivity and concern for the preservation of the IOP business community, promoted good stewardship practices, advocated public awareness of senior citizens and expressed a sincere appreciation of and care for the well-being of IOP City staff. In 2014 Mrs. Hanbury contributed personal funds to establish the first award for Employee of the Year on IOP. She bequeathed a part of her funds, upon her death, to continue this recognition.

In 2007 Mrs. Hanbury was recognized by the Isle of Palms City Council for her many civic contributions. A proclamation was issued on February 12, 2007 designating this date as “Leola Hanbury Day” on IOP.

Mrs. Hanbury is predeceased by her parents, her son, Andrew Hanbury, and her sister, Shirley Wrede. She is survived by her daughter Nancy Ross (Tommy) and four grandchildren, Jonathan, Sarah, Michael and Tim Darley. She is also survived by her niece, Carolyn Lucchese (John), several other nieces and nephews, her cousin, Deenie Bost, and her adopted son, Andy Anderson (Colleen) and their children, Ben and Leola. She is also survived by many loving friends.

A celebration of Leola’s life will be held on March 11, 2017 at 1:00 pm at the First United Methodist Church, IOP with Rev. Thomas Smith officiating. A reception will be held following the service.

In lieu of flowers or donations, Mrs. Hanbury wishes you contribute a random act of kindness to an unknown or known person of your choosing.

Arrangements by Palmetto Cremation Society.
To order memorial trees or send flowers to the family in memory of Leola Joan Hanbury, please visit our flower store.