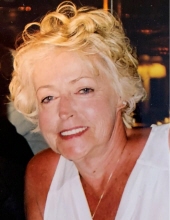 Lorraine “Laurie” E. Sheridan, 77, ( Previously of Wallingford CT ) passed away peacefully, in her sleep near her husband, on Wednesday , September 22, 2021, in the comfort of her home in North Charleston, SC. Lorraine was born in New Haven Connecticut, on August 19, 1944. She was a resident of Wallingford for over 30 years. She worked in the Pediatric Medical field until her retirement. She was one of the most genuine and giving people you would meet as well as a generous and loyal friend.

Laurie loved traveling with her husband Craig on cruises and with friends and family. She was an avid reader and a huge lover and collector of Emmitt Kelly clowns. She was blessed with many wonderful animals who became part of her family, Inky & Daisy being just 2 of them where memories were made. Daisy ”II” came into Laurie’s final year and graced her with so much joy and love.

Laurie did not want any formal services to be held, but to just have immediate family and friends for a Celebration of Life gathering at the Home she loved.

In lieu of flowers, gifts in memory of Laurie, she would like you to make a donation to: The COPD Foundation | 3300 Ponce de Leon Blvd | Miami, FL 33134
To order memorial trees or send flowers to the family in memory of Lorraine Elizabeth Sheridan, please visit our flower store.