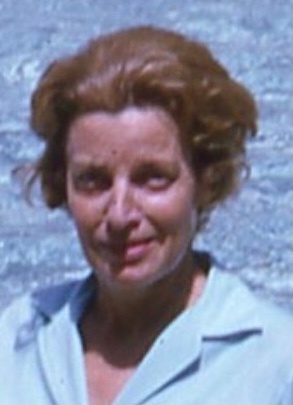 Summerville - Madeleine Joy Westfall, 98, of Summerville, SC, passed away on July 14, 2022. She was the widow of Col. William Bryan Westfall, USAF. Madeleine was born in St. Louis, MO, on July 14, 1924, the daughter of George Saul Dennis and Margaret Goodman Dennis. Her family moved to Long Beach, CA, in 1929.

After graduating in 1941 from Technical High School in Long Beach, Madeleine began working for the war effort. While tabulating weights and loads for the Army Air Corps, she met a young pilot, Bill Westfall, who had served as a pilot flying "the Hump" in the China-Burma-India theater. Bill and Madeleine married February 4, 1946. For the remaining years of Bill's long military career, Madeleine to explore life in Saudi Arabia, Greece, and many US locations. During these years, Madeleine supported her husband's career, developed strong friendships, raised her children, traveled widely, and enjoyed playing bridge and golf.

Madeleine and Bill retired to Charleston, SC, in 1969. Here they enjoyed golfing at Charleston AFB, Shadowmoss Country Club, Country Club of Charleston, and Miler Country Club in Summerville. Her many golf and bridge friends brought Madeleine much happiness. After Col. Westfall's death in 2006, these friends offered much support and encouragement. Friends in Ashborough East, at Summerville Estates, and the caregivers of Harmony at Westcott gave much kindness and assistance during Madeleine's later years.

Burial and a private family memorial service will be at Beaufort National Cemetery at a later date. Memorial contributions may be made to the American Cancer Society.

To order memorial trees or send flowers to the family in memory of Madeleine Joy Westfall, please visit our flower store.