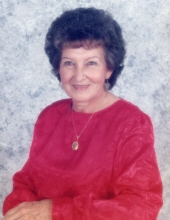 The daughter of the late William M. Smith and Iva Smith, Mary J. Wiseman was born November 26, 1933, in Miami, OK. She married James E. Johnston in 1946. They had two children Janice and Carol. James passed away in 1978.

Mary remarried in 1981 to Clarence E. Wiseman where they resided in Fairland, OK for 20 years where she had a very close relationship with Clarence’s daughters, Barbara, Patricia (Patty) and Charlotte. Clarence passed in 2001. After this, Mary, with her daughter Carol, moved to Dunedin, FL. In 2019 they both moved to SC where Mary passed.

Mary prided herself in being a “Jack of all trades but a master of none” and always putting her family first.

Carol’s family has chosen to host a private celebration of her life at her home in SC. She will later be put to rest at Duffield Memorial Cemetery in Jay, OK where her daughter, Janice and her family will lay her to rest at a graveside service.

In lieu of flowers, memorial contributions in Mary`s memory may be sent to your local hospice.

Expressions of sympathy may be viewed or submitted online at www.palmettocs.com.