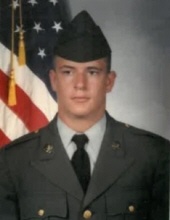 Michael A. Mikula, 52, of Johns Island, SC, died suddenly on Tuesday, September 29, 2020. Born in Dayton, OH, he was a son of Albert and Phyllis (Fleming) Mikula. He graduated from Bellbrook (Ohio) High School in 1986 where he set school records for wrestling, three years in a row. Michael served honorably in the Ohio National Guard for six years.

In addition to his parents, he is survived by three brothers, Albert and his wife, Missy Mikula and Matthew and his wife Caity Mikula, both of the Cincinnati, OH area and Dan Mikula and his fiancé, Cheryl Bailey of Wadmalaw Island, SC; three uncles, Jim and his wife Clare Mikula, Dayton OH and John and his wife Vera Mikula, of Florida and William Fleming, Hurst, TX; two nephews, Cameron and Dylan Mikula; a niece, Elle Mikula; friends, Hazel Greely and Pam & Bruce Suits.

Michael will be remembered as a kind and generous man who loved his family and never knew a stranger.

A Funeral Mass and celebration of Michaels life will held at Holy Spirit Catholic Church, Johns Island, SC at a later date.

Memorial donations may be directed to St. Jude Children’s Hospital at www.stjude.org. or by calling 800-805-5856
To order memorial trees or send flowers to the family in memory of Michael A. Mikula, please visit our flower store.