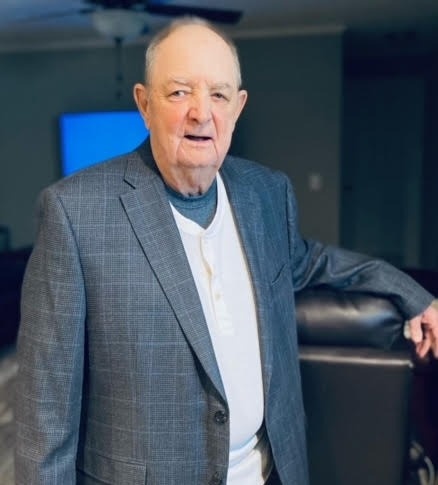 Michael Orvin Desmond, 79, passed away at his home in Moncks Corner, South Carolina on
Thursday, June 16, 2022, surrounded by his family after a long battle with lung cancer. Michael
was born on January 15th, 1943 in Spartanburg, South Carolina.

After graduating from high school, Michael married his high school sweetheart Pat Warman, their
union lasted 61 years until her passing on July 16, 2021. They lived for many years in Upstate New
York before moving the family to Goose Creek, SC. Michael then began working for Bayer
Corporation in Bushy Park SC where he was employed for more than 30 years. Upon retirement,
Michael became an avid University of South Carolina athletics supporter and was a scholarship
donor for many years.

In lieu of flowers, a donation on behalf of Michael can be made to the American Cancer Society
or the University of South Carolina Gamecocks athletics.

To order memorial trees or send flowers to the family in memory of Michael Orvin Desmond, please visit our flower store.