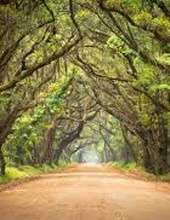 SUMMERVILLE - Nell Luskis Brand, passed from this life on Tuesday, July 21, 2020 in Charleston, South Carolina. Nell was born in Sheboygan, Wisconsin on April 23, 1916, a daughter of Charles and Mary Luskis. She attended Sheboygan High School and she graduated with the class of 1934. Nell went on to become the first female Theatre Manager in the United States for Warner Bros.

Nell is survived by her son Hal Brand of James Island, granddaughter, Natalie Nolan and her husband, Patrick; three great grandchildren, Nicholas Nolan, Catherine Nolan and Elizabeth Nolan all of Whitefish Bay, Wisconsin; her brother Charles Luskis and his wife Bernadine of Sheboygan and her niece, Mary Ann Sommer of Sheboygan. Nell is preceded in death by her three sisters, LaVerne, Annie, and Mary and her niece, Ruth Bordon

On February 19, 1947, Nell was united in marriage to Harvey Brand at Fort Bragg, North Carolina. Major Harvey Brand preceded her in death on May 22, 1988. Harvey and Nell were past members of the Charleston Country Club where they enjoyed Golf. Nell has lived in North Carolina, South Carolina, New York, Baltimore, Chicago, Charleston and in Tokyo, Japan where she lived for four years. The highlight of the trip to Hong Kong was being invited to many luncheons at the various embassies. They then returned to Charleston where threy lived for 50 years.

A private inurnment will be held at the Immaculate Conception Cemetery and arrangements are with the Palmetto Cremation Society in North Charleston.
To order memorial trees or send flowers to the family in memory of Nell Luskis Brand, please visit our flower store.