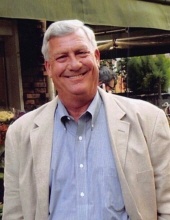 He was born in Dayton, Ohio, on August 17th, 1951, to the late Jerome G. Meyer and Jeanne L. Meyer. Patrick was preceded in death by his parents, his brother Stephen, his wife Becky, son Lincoln, and daughter Emily.

Patrick was a graduate of Wright State University, where he received a bachelor’s degree in History, and a master’s degree in Special Education. Patrick began his professional life as a manager for his family’s grocery store, Phil and Jerry’s Food-A-Rama. Patrick then set his sights on politics and lost a closely contested election for the Ohio House of Representatives seat from the 36th district. Not defeated, he moved on and won a trustee seat with Miami Township. The shining moment of his political career came in the fall of 1988 when he was elected Clerk of Courts for Montgomery County.

After politics, Patrick moved on to become a teacher in special education, a rewarding career before retirement. In addition to his professional accolades, Patrick served as President of the American Cancer Society – Dayton Chapter, volunteered at Botany Bay Plantation on Edisto Island, SC, and was very active in his church, St. Frederick & St. Stephen Catholic Church of Edisto Island. In his spare time, he enjoyed reading, fishing, birding, boating, cooking anything on the grill, walking his beloved dog Etta, supporting his sports teams, especially the Reds (they won the ’75 World Series, not the RedSox), globetrotting, and losing to Linda in bocce ball. Above all else, he loved spending time with family.

A Catholic Mass to celebrate the life of Patrick F. Meyer will be held at 11:00 a.m. Friday, April 12, 2019 at St Frederick & St Stephen Catholic Church of Edisto Island, SC.

Expressions of sympathy may be viewed or submitted online at www.palmettocs.com