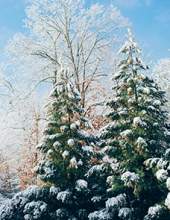 SILVESTON- Peter Lewis, 86 died in Charleston, S.C on Sunday, January 7th, 2018. He was
surrounded by his children, Rachel, Rebecca and Matthew as he passed away peacefully.

Peter was born on March 10th, 1931 in Brooklyn, New York, and was an only child. Peter
graduated from Oakwood High School in Poughkeepsie N.Y in 1947 and received his
Bachelors and Masters degree in Chemical Engineering from M.I.T. He studied for his
PhD at the Technische Hochschule in Munich, Germany.

Starting out as a research engineer in 1957 he began a long university career beginning
with the University of British Columbia in 1961 and from 1963 until 1997 at the University
of Waterloo, in Ontario, Canada as Professor of Chemical Engineering. In 2003 he was
named Professor Emeritus and continued to teach overseas, write books and volunteer.
He met his wife Helen in Boston , they were married in 1957 and stayed together until her
untimely death from cancer in 1997. After Helen's passing Peter was fortunate to have
met Renate Anderson and they had a long standing loving relationship.

Peter's loving devotion to his children, grandchildren, friends, University of Waterloo
Chemical Engineering colleagues and students, Audubon Society, Sierra club, Quaker
meeting, MIT Alumni, Oakwood and Manumit Alumni was well known and will continue
to be a source of joy and inspiration to all who knew and loved him. His smiling presense
and wit was shared with many friends and family throughout the world and he will be
dearly missed. He is survived by his three children and their spouses Yvan, James and
Barbara and six grandchildren.

Friends are welcome to attend a Celebration of Life Memorial which will be held on
Saturday, January 27th , 2018 at the Cinder Creek Pavilion on Blue Heron Pond Road
on Kiawah Island from 11 am to 2 pm. Passes will be available at the front gate of
Kiawah for the PETER SILVESTON MEMORIAL.

Donations for those so inclined may be directed to Matthew Silveston, 26 Indigo Point,
Charleston, S.C 29407. We plan on planting a tree in his memory at the University of
Waterloo. Pete touched so many lives in very different ways. Those wishing to include
any stories or other messages may do so by sending your text to info@silveston.ch and
we will compile and share them.

Directions for the Cinder Creek Pavillon :
Pass through the main gate and go straight on the Kiawah Island Parkway approximately
3 miles to the Vanderhorst (2nd gate). Take a right onto Governor's Drive. Drive 2-3 miles
and take a left onto Blue Heron Pond Road. Curve right at the split. Cinder Creek is a
short distance on the right.