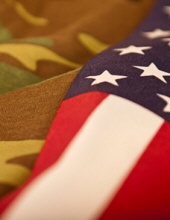 Richard Lee Hatcher age 77, of Charleston, South Carolina died unexpectedly November 20, 2019. He was born September 14, 1942 in Covington, Kentucky. Richard was the 2nd son of 4 boys of John Richard Hatcher and Nellie Miller Hatcher. His parents and a younger brother Thomas predeceased him.
Richard was widower of Gwynette Smith Choate and both were members of St Marks UMC where he enjoyed singing in the choir. Richard graduated from St. Andrews High School, class of 1960. He served 6 years in the US Navy with one full year in combat duty on the CVN Enterprise.
His first marriage after military resulted with 2 wonderful daughters and four super grandchildren. The daughters’ are Charlene Hatcher Hart (AJ Hart) and grandchildren, Penelope Hart and Joshua Hart of San Francisco CA. and Sheila Hatcher Cutrell of Memphis TN. along with grandsons Joseph Cutrell and Samuel Cutrell.
Richard returned to Charleston and married Gwynette Smith Choate and immediately became loving Father to three more children,B.Neil Choate, Frances Choate, and William L Choate all of Charleston S.C and eventually two more wonderful grandchildren Morgan Choate and Zachary Choate.
Richard served as Master of the Dorchester Masonic Lodge #396 and Worthy Grand Patron for The Order of the Eastern Star Chapter Loyalty # 136 where Gwynette served as Worthy Matron.
He retired from J. Cook/Stevens Moving and Storage but continued with them proudly assisting the local Girl Scouts of American annual Cookie Program.
Richard is survived by brothers Robert C. Hatcher and James E. Hatcher as well as his extended family in Charleston and has many nieces, nephews, cousins and friends nationwide.
Family will meet to say their final goodbye to his earthly presence at a private viewing Saturday Dec 7that noon at the Palmetto Cremation Society located at 5638 N Rhett Ave. in North Charleston.
All of Richards, especially known to many, as “Pops”, friends and Family are invited to meet at Saint Marks UMC Located at 413 Geddes Ave. Charleston S.C. 29407 on Saturday Dec 7th, 2019 at 3:00PM to celebrate the life and Passing of a great Man. There will be Final Masonic and O.E.S. Closure.
To order memorial trees or send flowers to the family in memory of Richard L Hatcher, please visit our flower store.