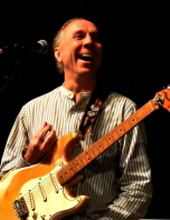 The world has lost a beautiful man and kind soul with the sudden passing of Rick (Ric) Zender.

Rick was a sweet, warm and humble individual. He was also completely unconventional, crazy-original and funny. He was endlessly curious, a believer in life-long learning, and lived his life reflecting his origins of Minnesota modesty.

He was passionate about so many things. Here are a few that were of major importance to him:

His passion for music began when one his sisters brought home a boyfriend who played guitar, and they would smuggle him into clubs to hear bands in Boston. He was about 11 years old, and got completely hooked. Over the years, he became a stellar guitarist and played the rest of his life, most recently with the band “Hibachi Heroes”. His knowledge of music was vast and deep, and his perfectionism pushed him to endlessly improve his craft.

His love of Charleston began with undergraduate studies at the College of Charleston, and once completed, he didn’t want to leave. For those of you lucky enough to benefit, he could take you all around town, knowledgeable about Charleston’s historical past in the most amazing depth, along with incredible detail about individual homes, their occupants, architectural style and how all “evolved” over time. He was the best tour guide ever, and for free!

His zeal for collecting was inherited from his mother, an inveterate collector, and once he discovered the John Rivers Communications Museum, he was in heaven. Ultimately he became the curator, pursuing a passion of collecting items that related to the history of sound and that showcased all the devices that made sound (and music) more and more accessible over the years, teaching himself - then others - everything he could learn about the items along the way.

He also opened the doors of the museum to all students for meetings, music, open mic and whatever other student activities were requested. He provided a judgment-free zone for students to gather and express their ideas and talents. His emails announcing all the events at the museum were crazy, funny, inspired and memorable, writing those communications with EARreverance.

Rick loved to travel, often with a sister and her daughter, and he was tireless on trips. Most recently we visited Italy and Iceland. And of course, he spent time in England, visiting all the famous spots, along with retracing the lives of the Beatles. But a few years ago we went to Europe and on our way home, we stayed in a small hotel on the Rhine River in Germany that happened to have a chocolate factory nearby. Amazing happenstance, as his next passion was - Chocolate.

His battle with depression the last years of his life closes with the sad ending that we tried so hard to avoid. He never let people around him, except close family, know how debilitating his disease was. But he rallied every day, for as long as he could, until he couldn’t do it anymore.

He is survived by four sisters: Kate Zender, Debora Edwards, Robin Levesque and Lynda Thurman, along with a multitude of nieces and nephews who will all dearly miss him.

We hope he will be remembered as the great guy who the world only saw with a smile on his face. He never knew how much he was loved.

We invite you to attend a celebration of Rick’s life on April 8th, in the afternoon. Details for location are still being worked out, but please save the date and come if you can. We will post details on the Rick Zender Celebration Page on Facebook, Ric’s personal page on Facebook and also on this website page. CofC staff will receive an email from the Special Collections group with details as well.

Rick loved cats so if you’d like to do something else to honor his life, consider contributing to the Charleston Animal Society in his honor.
To order memorial trees or send flowers to the family in memory of Rick Zender, please visit our flower store.