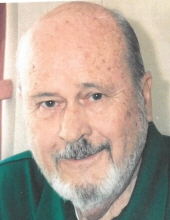 Bomely
CHARLESTON, SC --- Robert H. Bomely Sr. passed away peacefully Tuesday February 27, 2018 at his home, surrounded by his wife and children.
Mr. Bomely, better known as Bob, was born October 15, 1929 in Thompsonville, CT son of Ada and Charles Bomely.
He was a graduate of Stratford H.S. and attended the University of Bridgeport. Bob followed in his brother’s footsteps and enlisted in the Navy in 1948 and served until he was honorably discharged in 1953. Bob’s four brothers, who are predeceased, Charles, George, Ted and Roland served in various branches of the military during WWII.
Bob worked in the publishing business and retired from Newsweek Magazine to begin his later years in SC. Bob and his wife, Rose, moved from CT to SC in 1995 where they enjoyed Folly Beach and the surrounding Charleston area.
Bob was an avid hunter and enjoyed time in the woods camping with family and friends. Bob served the State of CT for 27 years as an Auxiliary State Trooper. Before retiring from the department, he was recognized for his years of dedicated service. Bob was a long-time member of the BPOE and loved to cook.
Bob and Rose married in 1950 and celebrated 67 years of marriage on September 10, 2017. They have four children, Nannette Sheley, of Knoxville TN, Robert H. Bomely Jr. also of Knoxville, Bruce Bomely of Sandy Hook, CT and Richard A. Bomely who passed away in 1980. Bob has seven grandchildren and eight great grandchildren.
Burial announcements will be made at a later date and will be in Connecticut.
To order memorial trees or send flowers to the family in memory of Robert Harold Bomely, please visit our flower store.