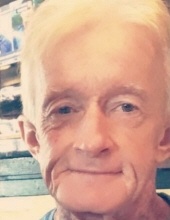 Hank was born on July 24th 1953 in Green Pond, South Carolina to Arthur Paul Bauer and Florence “Evelyn” Smith Bauer. Hank and his older brother, Charles “Chuck” Bauer, were raised in North Charleston. Hank graduated from North Charleston High and earned his Bachelor’s at Baptist College (now Charleston Southern). He taught middle school math for 34 years in Charleston County, with most of his time at Alice Burney and Morningside Middle, devoted to mentoring kids who needed a helping hand.

From an early age, Hank loved surfing, which became one of his greatest lifelong passions. He was a member of Folly Beach’s tight knit surfing community for over 50 years. Hank befriended surfers young and old, teaching and learning from them as he surfed alongside them.

Hank’s greatest joy was being a father. He was the proud dad of two children, Alicia Ann Bauer Dawkins (Russell) and Robert Henry “Robbie” Bauer, Jr. He was their biggest fan, attending all the big events and supporting and loving them unconditionally.

Hank lived in the moment and was able to find the joy in most any situation. With eyes on the surf, thoughts with his children, and soul firmly with God, Hank’s life ended just as he had lived it, a loving father of two, a devout man of God, and an avid surfhound to the last.

The family will receive visitors at Folly Beach Baptist Church on Saturday, August 28 at 2:00 pm with a memorial service following at 3:00 pm. A paddle out will take place on Sunday, August 29 at the Washout at the ESA contest site at 8:00 am.

In lieu of flowers, donations may be made to the Surfrider Foundation or the American Heart Association.
To order memorial trees or send flowers to the family in memory of Robert Henry Bauer, please visit our flower store.