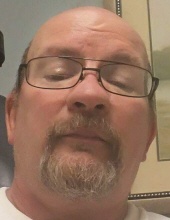 Roy Allen Tiensvold passed away on Thursday, Sept. 7, 2017 at the age of 51 at Medical University hospital in Charleston, South Carolina after a courageous battle with cancer. Roy was born May 10, 1966 in Anchorage Alaska to Norris and Dolores Tiensvold and was the youngest of 6 children. In 1972 Roy and his family moved to Rapid Valley, just outside of Rapid City, South Dakota. He attended Rapid City schools before opting for a GED in 1984 so he could enlist in the Army, where he served as a cannon crew member until he was honorably discharged in 1991. While in the Army he received numerous medals, ribbons and badges and proudly fought for our county in the first Gulf War in Iraq.

When Roy met Gudrun (Mickey) he knew he had found the love of his life. They were married in 2003 made their home in Goose Creek, South Carolina.

Roy will be remembered for his sense of humor, willingness to help anyone who needed it and his love of animals. He made friends quickly and will be missed by many, especially his coworkers and customers in the Home Depot paint department where he had worked for the past 15 years.

He was preceded in death by his parents Norris and Dolores Tiensvold and an infant sister Roxanne.

Arrangements are being conduction by Palmetto Cremation in Goose Creek, SC. A memorial service will be considered at a future time. Friends and family may sign Roy’s online guestbook at the Palmetto website.
To order memorial trees or send flowers to the family in memory of Roy Allen Tiensvold, please visit our flower store.